We want you to be part of the discussion. To participate, go to slido.com and use the password #RESILIENCE2022 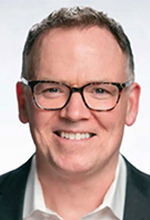 Join Kevin Falcon, Official Opposition Leader for the BC Liberal Party and MLA for Vancouver-Quilchena, for a conversation about the challenges and opportunities facing businesses in British Columbia and his vision for a resilient and sustainable economy.

Kevin Falcon was born and raised on the North Shore and he graduated from SFU and the Real Estate Program at UBC. Falcon was elected MLA for Surrey-Cloverdale in 2001, a position he held until 2013. Elected to the Legislature once again, Falcon now serves as the MLA for Vancouver-Quilchena and as the Leader of the Official Opposition.

When he was first elected, Falcon was one of the youngest MLAs to serve in cabinet. In his twelve years at the cabinet table, Falcon held several senior Cabinet roles including Deputy Premier, Minister of Finance, Minister of Transportation, Minister of Health and Minister of Deregulation.

After leaving politics, Falcon took on the role of Executive Vice President for Anthem Capital and served on the boards of several non-profits including Canuck Place, Lions Gate Hospital Foundation and the Street-to-home Foundation, an organization working to house the homeless on the Downtown Eastside.

He lives in North Vancouver with his wife Jessica and two daughters, Josephine and Rose, and their cats Lucky and Feather.