Presented by the Motion Picture Production Industry Association of B.C. to celebrate BC Creates

The creative community within British Columbia continues to evolve through advances in technology and innovation in screen-based storytelling. Emerging from the vast growth has also been a focus on sustainability in production. With a diversity in content creation coming out of Vancouver there exists an opportunity to also highlight Vancouver as a world-class location for sustainable screen-based production.

This year, Vancouver International Film Festival (VIFF), Motion Picture Production Industry Association of BC (MPPIA), and Greater Vancouver Board of Trade celebrate a leader in the industry who has exemplified and promoted sustainability in his recent production of The X-Files. We're proud to present writer and director Chris Carter with the VIFF Industry Builder Award. 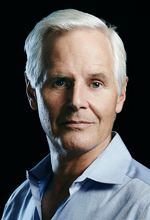 Described by Time Magazine as a "televisionary," Chris Carter created one of the most successful television franchises of all time with his award-winning "The X-Files." The show ran a remarkable nine seasons on Fox, is still seen today in over 60 countries, spawned two films and several comic book and video game adaptations. The impact of Carter's series is such that in 1997, Time Magazine named him one of "The 25 Most Influential People in America." Carter also created the shows "Millennium","Harsh Realm","The Lone Gunmen," and in 2016 brought "The X-Files" back to television with a 6-episode limited run on Fox. 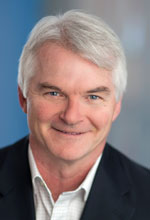 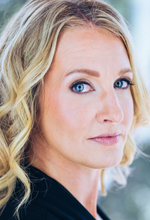 The Vancouver International Film Festival (VIFF) is one of the largest festivals in North America and boasts a significant economic and cultural impact on our city. Over its 35 years, with significant international guest attendance, proximity to LA, and deep roots into European and Asia Pacific markets, VIFF has demonstrated support of the growth and development of British Columbia's creative industries, by delivering relevant business and professional development opportunities.

With burgeoning screen-based technology and innovation industries, there is more creative energy and talent in British Columbia than ever before, and as a catalyst, VIFF is uniquely positioned to help demonstrate leadership in facilitating the growth and sustainability of the creative economy.

BC Creates is a branded communications initiative established by creative industry stakeholders with Creative BC to celebrate and engage British Columbia in the story of the Province's vibrant creative economy. BC Creates aims to galvanize the inspiration to capitalize on the industries successes, make cross sector connections and build a creative industries growth strategy that leads to an even more exciting and prosperous future for British Columbia's creative economy.