This award recognizes a female or female identified individual who has demonstrated a positive and tangible impact or effected change in the Greater Vancouver community through their dedication and leadership.

Nikki has been the voice of the Period Promise campaign by United Way, not only bringing awareness to period poverty but also making menstrual hygiene products accessible to people living in poverty. Her advocacy efforts have resulted in the Government of B.C.'s change in public policy and commitment to providing access to menstrual products in B.C. schools, and the campaign has distributed more than 800 thousand products to community agencies that support vulnerable people in B.C. 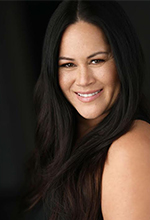 In 2002 Caroline established Beauty Night Society, a Canadian Charity that provides programs to build self-esteem and change the lives of vulnerable women and youth living in poverty through wellness, life skills development and makeovers. Beauty Night Society has given over 75,000 life-changing makeovers in 18.5 years, with many of their participants finding homes, support for mental health, employment and, in many cases, exited violent relationships. 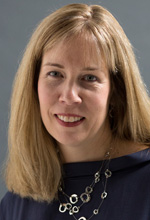 The very definition of a catalyst, Jill Earthy has co-founded a number of initiatives aimed at increasing gender equality: We for She is the largest North American gathering championing gender diversity, now in its 5th year. WEB Alliance is a collective of women's business networks collaborating for change. Jill is also active on the financial front. She co-founded The RAISE Collective, an initiative to engage more women to invest in early stage and growing companies, and helping women entrepreneurs to access capital in a new way, for growth. Jill is also Chief Growth Officer of FrontFundr, a new model of financing for early stage companies across Canada that is inclusive, transparent and modern, and increasing access for all Canadians to invest in companies we believe in.

I believe that diversity drives innovation. Anything is possible when we bring people with diverse perspectives and experiences together to create new ideas and models, and then collaborate to drive them forward. I am hopeful for a more diverse, inclusive and equitable future, for the benefit of everyone! 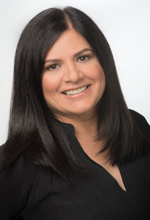 Prem Gill is Chief Executive Officer of Creative BC. The agency is designated by the Province of British Columbia to focus on uniting, sustaining and growing British Columbia's dynamic and diverse creative sector including motion picture, music and sound recording, interactive and digital media, and magazine and book publishing. Prem has been named one of Vancouver Magazine's "Power 50" and listed as one of The Globe and Mail's 10 Women Who Matter in Film and TV. She brings more than 20 years of experience from the digital media and entertainment industries to her current role as CEO, where she is responsible for delivering a wide range of programs and services that will expand BC's creative economy to reach its economic and creative potential both at home and globally. Before Creative BC, Prem spent eight years with TELUS, most recently in the role of Director of Production & Original Programming. Her commitment to the advancement of BC's creative economy can be seen through her achievements there, including the successful development and launch of the StoryHive program and TELUS's Optic TV community channel. For many years, Prem has championed Canadian creativity as a representative and spokesperson to media, industry and government at all levels. Previous roles and responsibilities have included government and regulatory affairs, independent media consultation, cross-platform marketing, communications, research, public affairs and multicultural programming. Prem is currently Vice-Chair of the National Screen Institute and sits on the Board of Directors for Advantage BC. She is on the Advisory Board of the Women in View Festival, and was previously a board member of the Vancouver International Film Festival.

Every time I have taken on a new role it has been daunting. I can't point to a single incident but I do believe that if we are not constantly being challenged and facing obstacles we don't move forward. 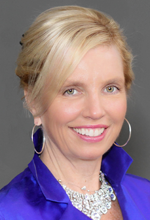 Every Sunday night for the past three and a half years, Maureen has taken to the airwaves to educate the public about sexual health and the impact on overall health and relationships. She has been a registered nurse, for over twenty years and also works tirelessly to raise awareness about violence against women in the home, on the streets and in particular in the workplace. She empowers her community to improve their lives by promoting healthy living, physical activity and/or positive play in her profession and practice. Maureen encourages everyone to share their stories - when you do you empower others.

Passion, persistence, hard work, sacrifice and commitment have contributed to my success. The ability to get back up when I have failed and to learn from my mistakes has been critical. More than once, I have had to "reinvent" myself given what I have learned from good and negative experiences. 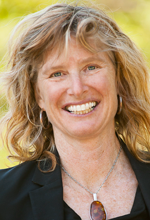 Through her leadership with Vancouver-based Clean Energy Canada (CEC), Merran has emerged as a powerful voice for the innovation in energy systems and policies. Simply put Merran is a transformer. She has successfully used the CEC platform at the Simon Fraser University's Centre for Dialogue to help place Vancouver, British Columbia and Canada on the road to leadership in clean and renewable energy production, consumption, and innovation. Merran and her team at Clean Energy Canada are informing and inspiring leadership across all sectors on new climate and energy solutions. Her thought leadership spans diverse portfolios including energy efficiency and conservation, economic development, carbon pricing, low-carbon natural gas development and renewable energy incentives.

I get my best ideas from listening intently to those with different perspectives than my own. That is often when I 'get' why they aren't on board and have an 'aha moment' about what the path through could look like. The real challenge – and the opportunity – is to find new solutions where others see problems. 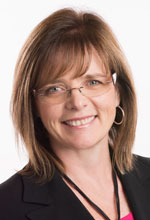 Laurel has spunk, and she has nerve. The result is a passionate leader who gets things done. She is thoughtful and considerate but never afraid to speak her mind, and has the ability to frame her comments in a constructive and impactful way. Through her role as CEO of the Women's Enterprise Centre, she has worked hard to increase awareness of women entrepreneurs in BC, and the positive impact they have on our economy. She is influencing significant change in this province through her support of hundreds of women entrepreneurs.

I believe in being collaborative. Openness to collaborate can create a big impact – outcomes which wouldn't even be imaginable if people and organizations focus on their own more narrow definitions and interests. I choose to believe that together we can make the 'pie' bigger. (Messier, but bigger...!)