The Future of Canada’s Aerospace Industry 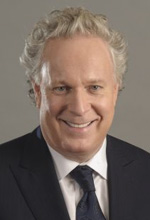 In late 2018, the Aerospace Industries Association of Canada (AIAC) officially launched Vision 2025, to be led by the Honourable Jean Charest, previous Deputy Prime Minister of Canada and Premier of Quebec, currently a partner at McCarthy Tétrault.

Vision 2025 is an industry-led initiative to start a new dialogue between industry, government, the public, and other stakeholders that will chart a course for Canada's future in the international aerospace sector. The initiative will culminate with a report that sets priorities for a national aerospace program.

In this presentation to the Greater Vancouver Board of Trade, Mr. Charest will speak about Vision 2025 and the importance of having a cohesive strategy for and our country's aerospace sector — a growing industry that contributed nearly $25 billion to Canada's economy and generated almost 190,000 jobs in 2017 alone.

Note: AIAC Members will also have access to the GVBOT Member rate for this special presentation. 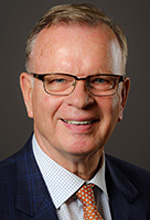 Presented in partnership with :