This award recognizes a female or female identified individual who has become a successful job creator and significant contributor to the economy of Greater Vancouver through their entrepreneurial initiatives. 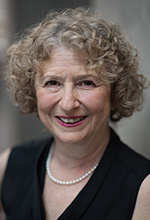 Marcia founded EMBERS Staffing Solutions, Canada's first not-for-profit temporary labour company. EMBERS has proven to be an award-winning business success, growing its revenues from $1.6 million in 2013 to $11.9 million in 2019. Marcia and her team deliver impact by employing thousands of people facing barriers to work, helping them reintegrate into society. EMBERS is a charity that runs as a competitive business. How that translates is that 100% profit goes into programs that invest in EMBERS' workers, including higher wages, medical and dental benefits, certified skills training, counselling supports, tool lending library, transportation to job sites, and a breakfast program. Embers is undoubtedly raising the bar in the temp labour industry. 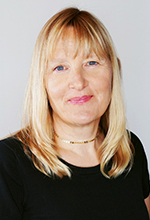 Every year, Pedalheads teaches over 55,000 children, active life skills in bike, swim, and sports programs that significantly impact children's confidence and independence. The organization has a team culture of fun, collaboration and opportunity for advancement for their 36 full-time staff, the 1600 plus students and other part-time employees they hire to operate the camps annually. Pedalheads has successfully expanded these camps to more than 120 locations across Canada and the United States. Claudia also gives annual bursaries and grants to enable disadvantaged children to participate. 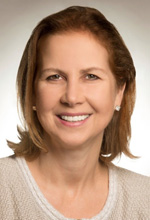 As chairman and CEO of Ondine Biomedical Inc., Carolyn Cross has made it her mission to save lives and help reduce the suffering of patients who have infections. Under Carolyn's leadership, Ondine's novel multi-drug resistant infection-fighting technology was recognized by the World Health Organization which honoured her with an Innovation Award of Excellence for Prevention and Infection Control. Her efforts over the past 17 years have helped Vancouver become recognized as a global leader in non-antibiotic topical infection control.  Her work is directly serving UBC Hospital and Vancouver General Hospital through the prevention of unnecessary surgical site infections. Carolyn was also recognized with a Meritorious Service Cross by the Governor General of Canada for developing first-of-kind, non-antibiotic,  light-based therapies to treat and prevent antimicrobial resistant infections.

Her culinary education continued throughout the world, including the Culinary Institute of America, the Thai Cooking School in Bangkok & Japanese Food Art in Tokyo.

In 1978 she founded Caren's Cooking School, which now is one of Canada's longest running, privately owned schools.

In addition to teaching, she hosts The Sunday Morning Show "Cooking 101" on GLOBAL TV'S weekend news. She is a weekly guest on CKNW with Simi Sara called "Foodie Friday".

She is the author of 3 books and co-author of 3, her 7th book published by Random house/Penguin will be released October 2017.

Caren's love of good food inspired the innovative concept of, "THE GOURMET WAREHOUSE". The first store of its kind in Canada to unite gourmet specialty foods with kitchenware and supplies that offers more than 28 thousand sku's.

She travels the globe for her parent company, "Continental Importers, sourcing the newest and the best in what is trending in the culinary world. Continental specializes in the distribution of quality upscale imported gourmet ingredients for restaurants, hotels, carriage gourmet stores and caterers. Olive oil is their specialty, importing from 5 countries worldwide."

Dedicated to helping others in the business, she co-founded the BC Chapter of Les Dames D'Escoffier, an international organization that promotes the professionalism of women in the culinary industry whose mission is to provide culinary scholarship opportunities to women.

A true believer in giving back, Caren founded THE CHOCOLATE CHALLENGE, which is a joint charity effort with Callebaut/Cacao Barry. It is an annual event in its 5th year & hosts the top chocolatiers in the city. The proceeds go to the Strathcona Backpack Program that feeds children on the east side and to Project chef which teaches inner city school children fundamentals of cooking.

Caren has recently been inducted into the BC RESTAURANT HALL OF FAME, has been included in Business in Vancouver's top 25 performing businesses in British Columbia owned by women and is Where Magazine's 2016 Trailblazer.

The Gourmet Warehouse has been nominated by GIA, to represent Canada in Chicago against 22 countries worldwide to hopefully become the Global innovator of the year. The awards ceremony is March 2017.

I love the challenge of creating a useful business that matters. It is important to me that the businesses I own and manage, show growth, profit and offer gainful employment. 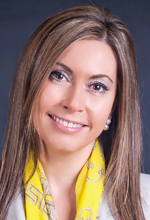 Natacha's belief that children need a strong start during their most important developmental years drove her passion to create CEFA Early learning Schools for children ages 1-5. To date there are 14 schools in the Lower Mainland. Through CEFA, Natacha creates jobs for 200+ women, enables thousands of women to work all day, give quality schooling for their children, and enables women to open their own schools. Natacha also offers free parenting classes in all communities, in order to give families the tools they need to raise happy, kind, independent children. Natacha is a mentor, volunteers in soup kitchens and helps rape victims, single moms, women entrepreneurs, students, and anyone in need of help or courage to change their lives. Natacha's schools are a true innovation to early learning in Canada.

When I opened my schools, I did so because I wanted an extraordinary school to exist. I didn't care if it was difficult, if it had ever been done before, if I had the qualifications, if I had the support — I just knew it had to be done. If you have an idea that could change the world, or even just change one person for the better, don't hesitate. The courage has to come from within. No one will tell you to do it, because it has never been done before. Then, once you do it, remember to persevere. Most businesses fail within the first year. Knowing that helped me understand that success would come after many obstacles, and not give up. Look for people who can help you and mentor you, there are many of us out there! 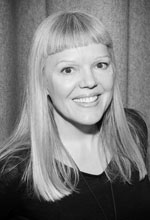 Madeleine and her longtime business partner Suzanne Siemens are highly intentional about using their business talents to achieve social impact goals. The results have been impressive: thanks to their signature line of reusable feminine hygiene products, over 2 million disposable products are diverted from landfills every month. Since 2000, Shaw and Siemens have been deeply engaged in supporting girls' education in the developing world with their Pads4Girls and One4Her programs, which have touched the lives of over 300,000 girls in 17 countries. Since 2008, the pair have mentored a Ugandan padmaking venture modelled on Lunapads, AFRIpads, which today employs 150 people and in which Lunapads became a shareholder in 2013. In 2014, Lunapads' activities expanded to events with the launch of G Day, a national rite of passage celebration series for adolescent girls.

Choose something that you're genuinely passionate about in terms of social impact, something that aligns with your personal values and the change that you want to see in the world. 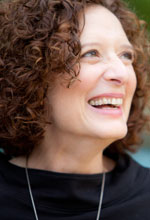 In her early years as a journalist, Linda was mentored by John Seigenthaler, a prominent progressive editor, who guided her to set the bar high. She dreamed of someday owning her own paper, which would carry the torch she'd been handed. However, the established realm of printed media ownership was impossibly expensive to enter. With the advent of new technology, Linda realized the digital world offered an incredible opportunity. On a bootstrap budget, Linda could follow her dream. A few people warned: you're too old to start, and media is dying. Yet, Linda was determined. She was willing to start at the beginning, to persist, to grow from occasional mistakes. She worked to shirk her perfectionism, and learned to move on, while still maintaining high standards. The power that came from taking what she loved, and just doing it, pushed her forward and still keeps her going strong. Linda says it's cliché but true: "If you can imagine it, you can do it. You need faith in your ideas and in yourself. I just believed in the power of journalism, it couldn't really be dying."