As British Columbia recovers from the severe economic hardship brought on by the COVID-19 pandemic, the need for a long-term vision for our economic prosperity is more apparent than ever.

Over the last year, we have seen shifts in the structure of our labour and goods markets, leaving some sectors much better off and some sectors worse off than prior to the pandemic. We have seen major supply chain bottlenecks ripple across the country as devastating flooding, mudslides and labour and container shortages have delayed goods movement.

GVBOT's 33rd annual Economic Outlook Forum, presented by Scotiabank, provided our region's business leaders with a detailed, insightful and timely look at the key challenges and opportunities facing Greater Vancouver, British Columbia and all of Canada.

"The reality is that the global economy has expanded far more quickly and rebounded far more rapidly from the pandemic than almost anybody had thought. That has put upward pressure on various types of inputs, whether they're commodities, whether they're transportation, whether they're containers, whether they're truckers. So, the global production system has had a hard time keeping up with this very significant rebound in global economic activity. Lumber is close to back to the record levels that it was a little bit more than a year ago, oil prices are way higher than they've been - Western Canada Select is at the highest level in six or seven years - and that's true for a range of other commodities as well. For Canada, that's a really positive thing. We are a large commodity producer, we do lots of other stuff of course but when the prices of things we produce go up, and they go up significantly, that's a powerful driver of economic activity."

"We will put this pandemic behind us, we will recover, and we'll recover stronger than ever. The early signs are very positive, B.C.'s economic recovery is well underway, we lead Canada in economic growth. We are getting people back to work and hard-hit industries are getting back on their feet. In fact, more than 100,000 jobs were created here in this province last year alone. More per capita than any other place in this country." 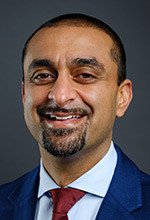 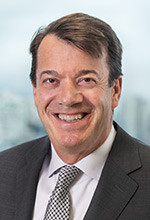 "The wildcard for 2022 is immigration. A lot of people blame the arrival of wealthy foreigners for the run up in prices in Vancouver over the last few decades, but one of the interesting things about the last two years is that there was no international immigration to B.C., it was purely a locally driven price increase and again fuelled by cheap money. In 2021 we finished the year with 26,000 housing starts, the previous record was in 2019 when we did 28,000 but in a market that's already short of housing we're just not keeping up, and I think if you look at immigration moving forward, it's only going to get worse. I'm hopeful the federal and provincial governments are going to wake up and I think they are." 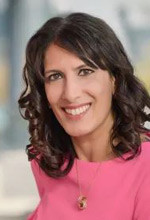 "When 57 per cent of people say they are now finding it more difficult to feed their family, to meet the weekly grocery bill, that's pretty significant. And that's a number up from 45 per cent just last October. So, not only are people feeling it, it's intensifying that feeling. Household debt, the inability to survive an interest rate increase of up to two points, Canadian households saying we could not absorb that, we're already struggling in terms of cost of living on housing."