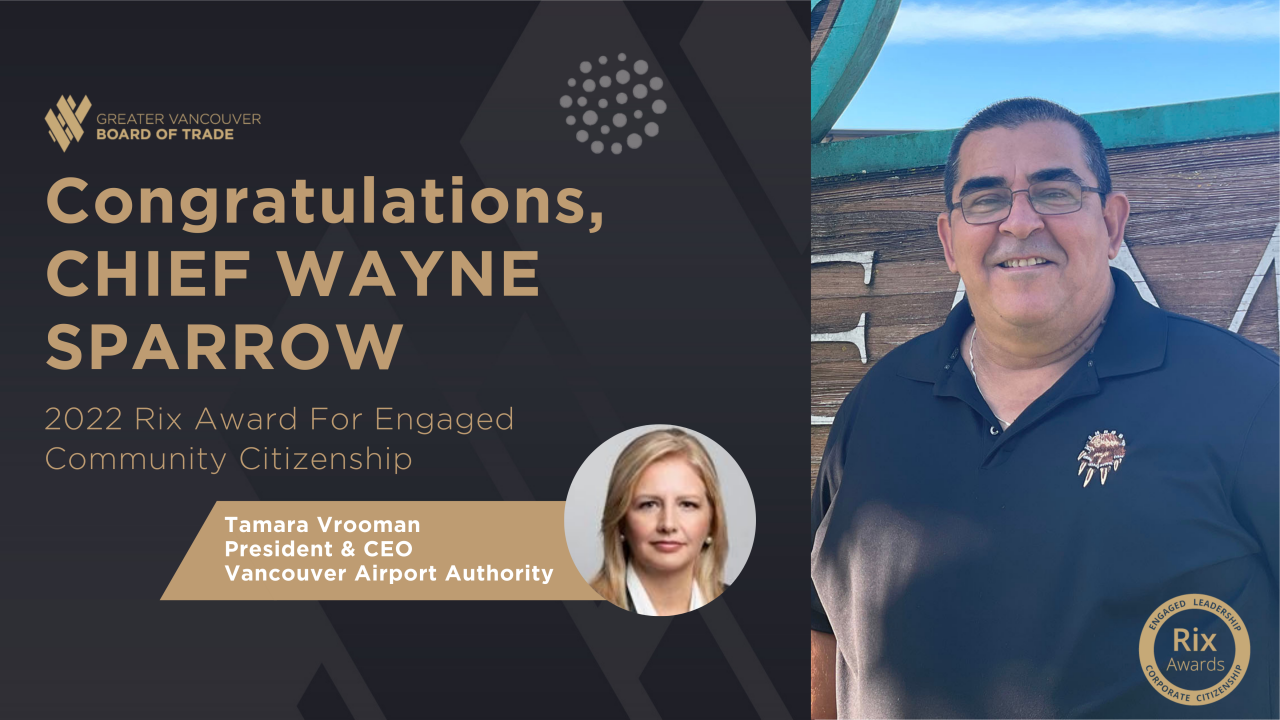 Leading our community through strength, purpose and authenticity

On behalf of the Vancouver Airport Authority, I would like to extend my heartfelt congratulations to Chief Wayne Sparrow of Musqueam Indian Band for receiving his much-deserved Rix Award for Engaged Community Citizenship at the annual Governor's Gala at the end of April.

An Engaged Community Citizen describes a visionary—a person who applies their exceptional skills, talents, and drive to making a positive impact in society and I had the honour of presenting Chief Sparrow with this award.

I had the pleasure of working with Dr. Rix early in my career, and watched as he seamlessly blended health and well-being, business and community. Something we have all benefitted from as he created the community laboratory capacity that was essential to our ability to navigate through the pandemic. It is fitting that another leader – Chief Sparrow – who is equally focused on people, purpose, community and economic-well being would be chosen to receive the award that bears his name.

Chief Sparrow has served as elected chief of Musqueam Indian Band since 2012, after serving as an elected councillor since 1998. Musqueam's core vision is to be a complete and healthy community through protecting their inherent Indigenous rights and re-establishing their self-governance. To do this, Musqueam is building capable governing institutions and economies that match their culture and enhance the quality of life now and for generations to come.

There are a number of recent agreements and initiatives that Chief Sparrow has been instrumental in as he works towards realizing his community's vision, including developing and innovating economic opportunities that benefit not only Musqueam, but the entire region.

Under his leadership, Musqueam signed the Musqueam Indian Band-YVR Airport Sustainability & Friendship Agreement—a historic, 30-year partnership based on friendship and respect to achieve a sustainable and mutually beneficial future for the community and lands on which we operate.

The agreement is a testament to Chief Sparrow's ability to balance community leadership with strong business acumen in advancing partnerships that recognize Musqueam's ongoing stewardship of their lands and waters, and also prioritize economic, and education and training opportunities for members.

Notably, Chief Sparrow joined leaders from Lil'wat, Squamish, and Tsleil-Waututh Nations, as well as mayors from both Vancouver and Whistler, to announce that they signed an MOU to explore the possibility of a bid for the 2030 Olympic and Paralympic Winter Games. If the bid is presented, it would be the first Indigenous-led Olympic bid in the history of the Games.

In addition to his success in forging relationships and advancing Musqueam's vision, Chief Sparrow has been an ardent supporter of youth soccer and is an ambassador for cultural pride and resiliency within his community.

All of this reflects my own experience of working alongside Chief Sparrow. Over the past two years, I have had the privilege of working with him on many occasions; in fact, too many for me to count. Through the power of his leadership, he's educating us collectively on who we are, what legacy we want to leave, and what true reconciliation – true partnership – really is.

At YVR and as British Columbians, we all benefit from having Chief Sparrow as a leader to guide us as we acknowledge the past while also looking ahead with a continued commitment to reconciliation and to pursuing opportunities that will strengthen our partnerships and community.

It's this kind of commitment and courage that make Chief Sparrow a very deserving recipient of the Rix Award. So congratulations, once again, Chief Sparrow. Your leadership is truly valued, and we at YVR are honoured to be your friend.

I look forward to many more achievements in the years ahead, as we at YVR work with Musqueam to realize our shared goals and vision.

Tamara Vrooman is an award-winning leader, known for her exemplary track record in leading large, complex institutions in both the private and public sectors and her bold positions on sustainability and inclusion. Prior to joining YVR as President & CEO, she served for nine years on YVR's Board and for 13 years as the President & CEO of Vancity, Canada's largest community credit union, transforming the business into a global reference point for values-based banking. She currently serves as Simon Fraser University's 12th Chancellor, chairs the board of the Rick Hansen Foundation and is the recipient of the Order of British Columbia (2019), Peter Lougheed Award for Leadership in Public Policy (2016) and BC CEO of the Year Award – Major Private Company, Business in Vancouver (2015), among many other citations.

One-to-one with Shumaila Javed
BILL 10: WHAT YOU NEED TO KNOW 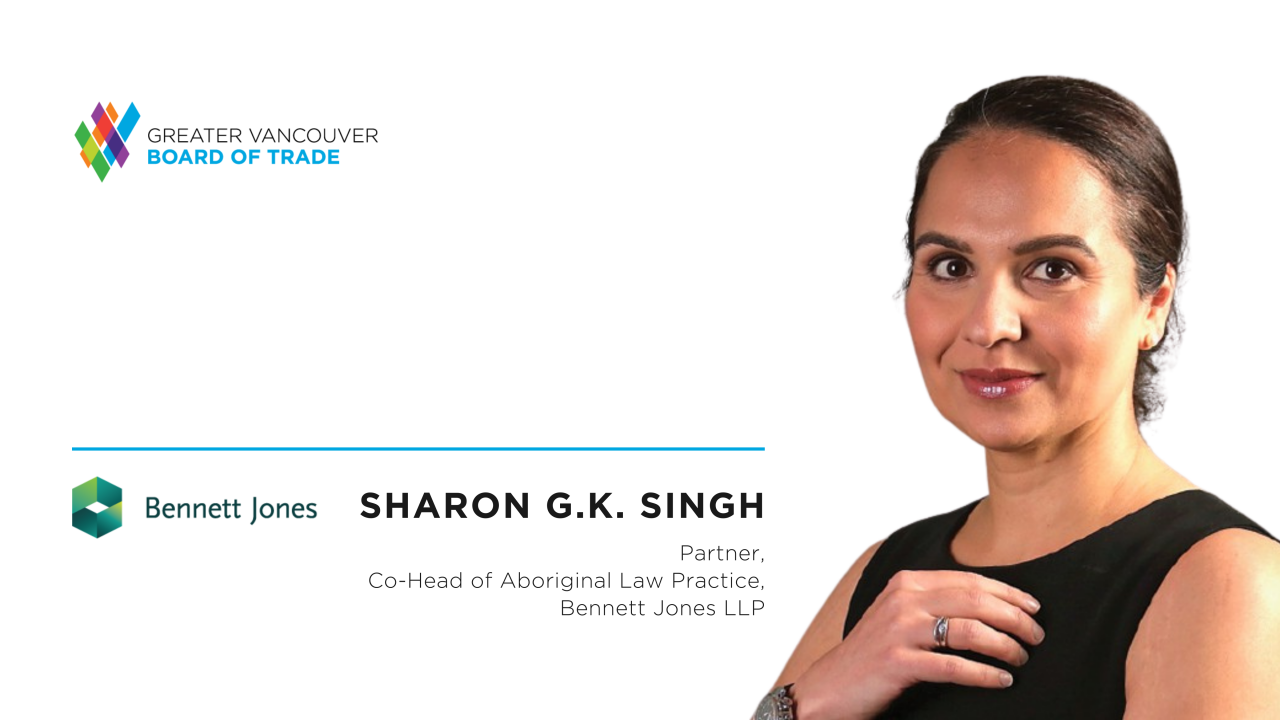 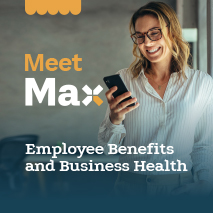