Join David Dodge, former Governor of the Bank of Canada, and Jane Bird as they look at what lies ahead for the Canadian economy and the infrastructure sector and what it means for Greater Vancouver and B.C.

David will provide his insights on the main factors driving the domestic and global economies. Jane will look at where the opportunities are for infrastructure in Canada and internationally.

Why you need to attend: 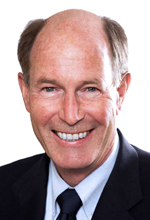 David Dodge served as the Governor of the Bank of Canada from 2001-08. He is one of the most respected economic minds in Canada and a Senior Advisor on Bennett Jones' Governmental Affairs & Public Policy team. Prior to his role as Governor, David was the federal Deputy Minister of Health and Deputy Minister of Finance. He also held senior positions at CMHC, the Anti-Inflation Board, and the Department of Employment and Immigration. From 2009-15, he was a member of the board of directors of Canadian Utilities Limited, ATCO Limited and the Bank of Nova Scotia. 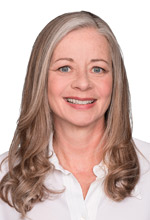 Jane Bird is a leader in managing large, complex infrastructure-related initiatives for government and private sector partners and stakeholders. She provides advice to private and public sector clients on matters related to the development and execution of infrastructure projects, having been directly involved with significant projects since 1998. Her leadership roles over the last 10 years include overseeing the project management and financing of the Canada House consolidation and renewal project on Trafalgar Square in London, UK; serving as Chief Executive Officer of Columbia Power Corporation; and as Chief Executive Officer of Canada Line Rapid Transit Inc. 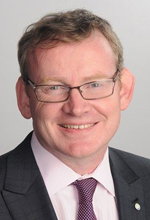 Michael leads EY's Canadian Infrastructure Advisory Practice. His project experience encompasses major transportation and public infrastructure undertakings, as well as commercial developments including extensive experience with P3 DBFO both in Canada and the United Kingdom. He has more than 25 years of experience and specializes in program and project management leadership roles helping clients successfully deliver capital projects. Michael was previously Vice President and Regional Leader of a large consulting firm where he led a team of more than 900 architects, engineers, planners, project managers and environmental scientists. He has extensive knowledge of capital project implementation in British Columbia, within regulatory and stakeholder parameters, including all levels of government, First Nations and local community groups. He is also a Director of the BC Cancer Foundation.

Sponsorship Opportunities
Do you want to gain direct access to the senior-level audience at this event? As a sponsor, you will benefit from enhanced visibility, which can lead to new business and increased brand recognition. We offer a wide range of opportunities. To discuss how we can help boost your business, call Lisa at 604-640-5484 or email .