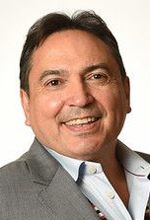 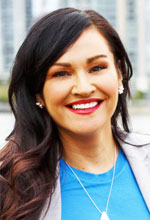 Economic reconciliation was on the agenda at the recent First Ministers meeting in Ottawa. What does it mean for business and what has to change to make it a reality? Assembly of First Nations National Chief Perry Bellegarde will discuss how Canada can realize a sustainable economy that includes the full participation of First Nations, the youngest and fastest growing demographic in the country. What is the path forward, and how can individuals and corporate leaders do their part to speed the pace of positive change.

Much of the wealth in natural resources lies in First Nations traditional territories, ancestral lands and Treaty areas and can only be developed sustainably and responsibly with First Nations. The full participation of First Nations in the sustainable growth of the economy and the labour force requires a commitment to economic reconciliation that can only be achieved through the implementation of the rights of First Nations and their governments.

Join National Chief Perry Bellegarde at the Greater Vancouver Board of Trade to learn more, ask your questions, and be a part of building a better Canada.

Perry Bellegarde was elected as the National Chief of the Assembly of First Nations (AFN) on December 10, 2014 after a career spent making measurable progress on the issues that matter most to First Nations people. First elected as Councillor and then Chief of Little Black Bear First Nation, Treaty 4 Territory, he also served as Tribal Chair of the Touchwood-File Hills-Qu'Appelle Tribal Council, and as Chief of the Federation of Saskatchewan Indian Nations (FSIN) and Saskatchewan Regional Chief for the Assembly of First Nations.

National Chief Bellegarde is a strong advocate for the implementation of Inherent Aboriginal and Treaty Rights. He has made presentations at the national and international levels in many forums, including the United Nations Committee for Elimination of Racial Discrimination (CERD) and various United Nations bodies on the subject of the UN Declaration on the Rights of Indigenous Peoples.

In 1984, Perry Bellegarde became the first Treaty Indian to graduate from the University of Regina with a Bachelor of Administration. In 2012, he completed Certified Corporate Board Training through The Directors College sponsored by the Conference Board of Canada and McMaster University's DeGroote School of Business.  National Chief Bellegarde is the recipient of the Queen's Jubilee Medal (2012), Saskatchewan Medal (2005), Queen's Jubilee Medal (2002) and Confederation Medal (1992). He has been honoured by several Chiefs and Elders who have acknowledged him as their adopted son, and he honours them by carrying their teachings forward as he works toward the implementation of Inherent, Aboriginal and Treaty rights, self-determination and a shared vision for a more just and inclusive Canada.

Angela Sterritt is an award-winning  Gitxsan journalist and writer from the Gitanmaax band in British Columbia. Sterritt has worked as a journalist for close to twenty years and her reports appear on CBC's The National, The Current,  the Globe and Mail, and various other national and local news programs. She currently works with CBC Vancouver as television, radio and online reporter, producer and host and is a writer at CBC Indigenous. Her CBC column "Reconcile This" launched in September.

Do you want to gain direct access to the senior-level audience at this event? As a sponsor, you will benefit from enhanced visibility, which can lead to new business and increased brand recognition. We offer a wide range of opportunities. To discuss how we can help boost your business, call Lisa at 604-640-5484 or email .