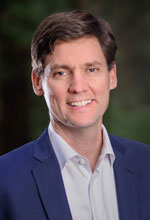 With ICBC confronting a loss of $1.3 billion this fiscal year, Attorney General David Eby has announced an ambitious strategy to get the corporation back on track with fundamental changes to the auto insurance system. The changes will increase the care for those injured in a car crash and provide more affordable rates, with less spent on legal costs.

Attorney General Eby will speak to the Greater Vancouver business community about the work underway by the B.C. Government and ICBC to address the current challenges.

David Eby was elected as the MLA for Vancouver-Point Grey in 2013 and re-elected in 2017. He is the Attorney General.

He is an award-winning lawyer, noted for his work on constitutional and administrative law issues related to the protection and promotion of human rights and democratic freedoms.

A proud resident of the Kitsilano neighbourhood of Vancouver, in his professional career David was an adjunct professor of law at the University of British Columbia, president of the HIV/AIDS Legal Network, and served on the Vancouver Foundation's Heath and Social Development Committee. From 2009 to 2013, David ran the B.C. Civil Liberties Association as executive director.

David has been recognized as one of British Columbia's most effective advocates. His work at Pivot Legal Society to protect the human rights and dignity of homeless and underhoused residents of Vancouver's Downtown Eastside was recognized in 2011 by the UN Association in Canada and the B.C. Human Rights Coalition with their annual award.