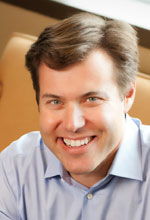 Join us for a special presentation by Rob Katz on the transformative addition of Whistler Blackcomb to Vail Resorts' growing network of unique destinations.

Learn more about Vail Resorts' commitment to delivering the Experience of a Lifetime, and how a business model built on leadership, data and sustainability creates resiliency for communities and a competitive advantage for North America's highest valued travel and leisure company.

Rob is the Chairman and Chief Executive Officer of Vail Resorts. He has served as Chairman since March 2009. Previously, he served as Lead Director from June 2003 until his appointment as Chief Executive Officer in February 2006. Rob has served on the board of directors of Vail Resorts since 1996 and has been involved with the Company since 1991. Prior to becoming the Chief Executive Officer, he was associated with Apollo Management LLP, a private equity investment firm, since its founding in 1990. Rob currently serves on the Wharton Leadership Advisory Board and has previously served on numerous private, public and nonprofit boards. Recent recognition for Rob and his leadership at Vail Resorts includes: Global Game Changer (Forbes 2017), one of Most Creative People in Business (Fast Company), and Transformational Entrepreneur of the Year (Ernst & Young 2016). During Rob's tenure, Vail Resorts has been recognized as one of America's Best Employers (Forbes 2017 & 2016), one of the World's 50 Most Innovative Companies (Fast Company 2016) and one of the World's Most Innovative Companies in Travel (Fast Company 2017).