What to Do When Things Go Wrong: Crisis Planning with former Super Bowl Executive Frank Supovitz 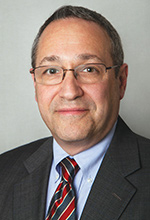 Another one billion were watching on television across the globe.

And then, without warning, the lights went out.

That was the crisis facing Frank Supovitz, former NFL Senior Vice-President of Events, less than two minutes into the second half of the 2013 Super Bowl — one of the largest sporting events on the planet.

On October 28, join the Greater Vancouver Board of Trade as we host Supovitz for a special presentation on the decisions he made that fateful day and how businesses can plan and prepare for a crisis.

The insights in this presentation will apply across all industries and workplaces. Attendees will leave with clear takeaways and an action plan that you can take back to your office to start planning for the inevitable.

Frank Supovitz has been running some of the world's most prestigious, widely viewed, and well-attended sports and entertainment events for more than 25 years. As Senior Vice President of Events for the National Football League, he oversaw the meteoric growth of Super Bowl, Pro Bowl, and the NFL Draft. Over the 50-year history of the Super Bowl, he is one of only four people to have held that unique job.