SFU: An Engaged University on Top of the World

You will be sent a link to participate in this event by 11:00 a.m. PT on Wednesday, May 27. Please do not share the link as it will inhibit your ability to join.

Submit Your Questions
We want you to be part of the discussion. To participate, go to slido.com and use the password #SFUENGAGED. 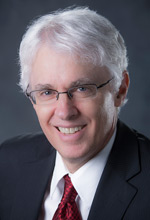 In addition to its standing as Canada's leading comprehensive university, Simon Fraser University was recently ranked first in the world for its impact on sustainable cities and communities. Andrew Petter will reflect on the university's development over his two terms as president; explain how its mission as Canada's Engaged University has contributed to its national and global reputation; and discuss how SFU's response to the COVID-19 crisis reflects its commitment to building a more resilient province and economy.

This event is delivered via an online platform. 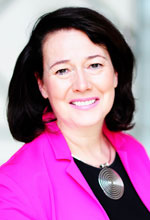 Andrew Petter, C.M., Q.C. is the President and Vice Chancellor of Simon Fraser University and Professor in its School of Public Policy. Prior to joining SFU in 2010, he was Professor in the Faculty of Law of the University of Victoria where he served as Dean from 2001 to 2008.

From 1991 to 2001, Professor Petter served as a Member of the Legislative Assembly of the Province of British Columbia and held numerous cabinet portfolios, including Aboriginal Affairs, Advanced Education and Attorney General.

In 2018, he was appointed to the Order of Canada in recognition of his commitment and leadership in advancing university-community engagement and higher education throughout the country.

Since becoming President, Professor Petter has overseen the development and implementation of a Strategic Vision that seeks to distinguish SFU as a "leading engaged university defined by its dynamic integration of innovative education, cutting edge research, and far-reaching community engagement."