For additional information on sponsorship and table purchases please contact Lisa Kaisers at or call 604-640-5484.

Partial proceeds will go to:

This year, a special Rix Award for Outstanding Public Service will be presented to Dr. Bonnie Henry on behalf of all British Columbian healthcare workers.

Inductee into the Council of Governors 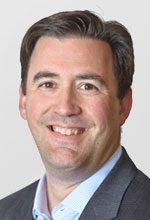 2020-21 Chair, Greater Vancouver Board of Trade 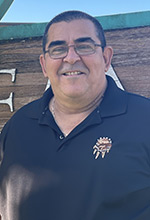 Chief Wayne Sparrow has served as elected chief of Musqueam Indian Band (MIB) since 2012, after serving as an elected councillor since 1998. Musqueam's core vision is to be a complete and healthy community through protecting their inherent Indigenous rights and re-establishing their self-governance. To do this, Musqueam is building capable governing institutions and economies that match their culture and enhance the quality of life now and for generations to come.

There are a number of recent agreements and initiatives that Chief Sparrow has been instrumental in as he works towards realizing his community’s vision, including developing and innovating economic opportunities that benefit not only Musqueam, but the entire region.

Chief Sparrow is board chair of Musqueam Capital Corporation (MCC), the economic development arm of Musqueam. During his time as chief, the MST Development Corporation (MSTDC), a business partnership between Musqueam, Squamish and Tsleil-Waututh Nations, has acquired substantial property holdings of over 20 million square feet, including the Jericho Lands and Heather Lands. Musqueam also co-owns the 40-acre Willingdon Lands with Tsleil-Waututh and Aquilini Development, which will feature 5,000 housing units and a film studio expected to create 3,000 long-term jobs.

These partnerships and development plans reflect Musqueam’s distinct culture and advance economic reconciliation. A key mandate for Chief Sparrow is providing Indigenous housing as part of these developments, particularly for members, and addressing climate change with a focus on sustainable development.

Under Chief Sparrow’s leadership, Musqueam signed a 30-year agreement with YVR in 2017, and in 2021 signed a relationship agreement with the Vancouver Fraser Port Authority. Both of these agreements recognize Musqueam’s ongoing stewardship of their lands and waters, and also prioritize economic and education/training opportunities for members.

In December 2021, Chief Sparrow joined leaders from Lil’wat, Squamish, and Tsleil-Waututh Nations, as well as mayors from both Vancouver and Whistler, to announce that they signed an MOU to explore the possibility of a bid for the 2030 Olympic and Paralympic Winter Games. If the bid is presented, it would be the first Indigenous-led Olympic bid in the history of the Games.

In addition to his success in forging relationships and advancing Musqueam’s vision, Chief Sparrow has been an ardent supporter of youth soccer and is an ambassador for cultural pride and resiliency within his community.

London Drugs was chosen as this year’s Engaged Corporate Citizenship recipient in recognition of their role as a champion for small businesses and their community initiatives in support of those in need.

Since it was founded in 1945, London Drugs has grown from their initial 1000-square foot location on Main Street in Vancouver, to a chain of stores spanning 35 major markets in British Columbia, Alberta, Saskatchewan and Manitoba. What began as a community drug store grew into a retail destination, offering consumers an unprecedented range of products typically associated with specialty shops.

While local products have always been featured prominently at London Drugs, the organization went a step further at the onset of the COVID-19 pandemic, launching the Local Central initiative to offer shelf space to local retailers forced to close their doors due to the pandemic.

Charitable giving is deeply embedded in the London Drugs identity. The London Drugs Foundation has been providing financial support to children’s charities, hospital foundations and organizations promoting the arts in communities across Western Canada for more than 20 years.

The Stocking Stuffers for Seniors program was born in 2015, with one store providing 500 inner-city seniors with presents for Christmas. By 2017, the initiative spread across the chain. Thanks to partnerships with care homes, more than 23,000 gifts were delivered to seniors in 2021.

London Drugs also has a long track-record of actively working towards reconciliation, launching their Aboriginal Employment Partnership in 2009 and the Aboriginal Partnership Bursary Program in 2014. In 2021, they were named an official retailer for Orange Shirt Day, with 100 per cent of proceeds from shirts sold in store going to the Orange Shirt Society. 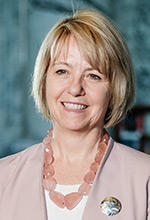 The COVID-19 pandemic thrust a host of public servants in British Columbia into the public light, but none more so than Provincial Health Officer Dr. Bonnie Henry. In recognition of her unparalleled contribution to protecting British Columbians throughout the COVID-19 pandemic, a Special Rix Award for Outstanding Public Service will be presented at the 2022 Governor’s Gala.

Amid the fear and anxiety that accompanied the first wave of the pandemic, Dr. Henry’s immortal words “Be Kind. Be Calm. Be Safe.” embodied her approach to the province’s pandemic response. Over the course of hundreds of press conferences and media interviews in the ensuing months, her clear communications equipped British Columbians to take measures to protect themselves, their families and their communities, the success of which earned her a profile in the New York Times titled “The Top Doctor Who Aced the Coronavirus Test”.

The leadership exemplified by Dr. Henry over the course of the COVID-19 pandemic has allowed our province to avoid some of the worst-case scenarios that unfolded in regions which were less successful mitigating the impact of the virus. Concerted immunization efforts in communities across the province generated vaccination levels among the highest in the developed world, protecting British Columbians from the most lethal effects of the coronavirus.

Dr. Henry was appointed to the role of Provincial Health Officer in 2018 after serving as Deputy Provincial Health Officer for three years. A graduate of the Dalhousie University Faculty of Medicine in Halifax, Dr. Henry’s career spans three decades, including serving as Medical Director of Communicable Disease Prevention and Control and Public Health Emergency Management with the BCCDC from 2005-2014. In 2009, she authored the book Soap and Water & Common Sense: The Definitive Guide to Viruses, Bacteria, Parasites, and Disease, after working to combat an Ebola outbreak in Uganda, eradicate polio in Pakistan and serving as operational lead during the 2003 SARS outbreak in Toronto.