Inductee into the Council of Governors 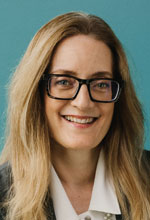 2021-22 Chair, Greater Vancouver Board of Trade 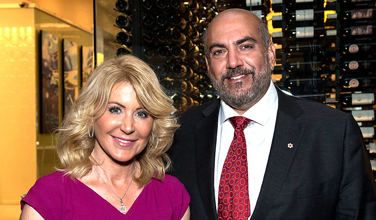 The Cocchia's have been called "a B.C. power couple" by the Vancouver Sun. The Vancouver-based entrepreneurs and philanthropists are fueled by their desire to make their community a better place to live, work and raise a family.

The couple are serial entrepreneurs, partners in everything they do, and specialize in the hospitality industry. Founding the Absolute Spa Group 20 years ago, The Cocchia's grew the company from one single spa location into Canada's largest, independent spa chain. Before selling the business in 2020, Absolute Spa Group received seventy-six awards for spa excellence, including CNN.com's "Top Airport Spas", London Daily Express' "Best of Vancouver Award" and Business of the Year. As owners of the Century Plaza Hotel, their family business, they have directed and overseen all facets of renovations and repositioning of this well-known downtown Vancouver property and its award- winning amenities for 33 years.

The Cocchia's give the majority of their time to the community locally, provincially and nationally, where they have shown an inexhaustible drive to broker positive relationships and advance economic and social good. The couple founded the Pacific Autism Family Network which has grown to include support for the communities of Prince George, Chilliwack and Kelowna. They have both been invested into the Order of British Columbia and Wendy was recently honoured as a Companion of the Order of Canada. Both Wendy and Sergio were honoured with two Doctorate of Laws (Honoris Causa) from the Justice Institute of B.C. and Vancouver Island University for their charitable work. They have also been awarded the B.C. Community Achievement Award, the C.H.I.L.D Foundation Humanitarian Award, the Luminary Award from Big Sisters of B.C., and the Queen Elizabeth Diamond Jubilee Medal. Through the Lisogar-Cocchia Family Foundation the Cocchia's have contributed $3 million dollars to the PAFN and led the charge in raising over $50 million for Canada's autism and neurodiverse children, adults and their families.

White Spot was chosen as this year's Rix Award for Engaged Corporate Citizenship recipient in recognition of the company's depth and length of community relationships.

Part of community spirit is looking after one’s own people. Recognized by Deloitte as a Platinum Member of Canada’s Best Managed Companies (currently its 12th consecutive year), White Spot continues to be the only restaurant in British Columbia to have COR WorkSafe certification - certifying that the organization goes above and beyond to assure the safety of its employees. White Spot also takes pride in its relationship with its franchise community and continues to be a perennial recipient of the Canadian Franchise Association’s Award of Excellence. Most recently, White Spot was also recognized as a Pinnacle Award winner in the Foodservice and Hospitality category by Kostuch Media, acknowledging the Company’s commitment to innovation and championing employees.

White Spot has managed to retain the essence of its legendary brand for more than 9 decades, while continually reinventing itself and staying relevant to changing times. The support of generations of dedicated employees and business partners, strong core values, openness to innovation and the courage to try new ventures have helped White Spot live up to its credo “Make a Difference”.