The Future of Human-driven Transportation 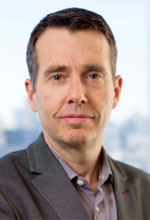 Ridesharing is evolving the way the world moves. By seamlessly connecting riders to drivers through mobile applications, ridesharing is making cities more accessible, opening up more possibilities for riders and more flexible earning opportunities for drivers.

As identified in the Board of Trade's Greater Vancouver Economic Scorecard 2016, traffic congestion is a major barrier to our competitiveness and undermines our quality of life. The Board of Trade has identified ridesharing as one crucial step towards getting our region moving again.

Join us as David Plouffe, Uber's Chief Advisor and Former Senior Advisor and Campaign Manager for President Obama, speaks to the Greater Vancouver Board of Trade about urban mobility, the future of transportation, and ridesharing's benefits for cities.

From its founding in 2009 to its launch in over 400 cities, including over 40 across Canada, Uber's rapidly expanding global presence continues to bring people and their cities closer together.

Mark your calendars and join this timely conversation on the convergence of technology, transportation, and a little American politics.

David Plouffe is widely referred to as the "architect" of President Obama's two presidential campaign victories.  After serving as the campaign manager in the 2008 presidential election, he served inside the White House as Senior Advisor to the President. Plouffe currently serves on the Board of the Barack Obama Foundation and is a member of the Uber Board of Directors.

In September 2014, Plouffe joined Uber and in addition to his board duties serves as the Chief Advisor for Uber and CEO, Travis Kalanick.
Plouffe has won plaudits for the use of technology and pioneering new applications, his message development and discipline, his management skills and his focus and competitiveness.

The Obama-Biden presidential campaign and Plouffe were awarded the Titanium and Integrated Grand Prix Awards from the Cannes International Advertising Festival (2009). The campaign won for the effort's digital savvy, its success in community building and its willingness to allow the Obama brand to be created by consumers rather than top-down communications mandates.

In 2010, Plouffe was number 4 on Newsweek's list of "New Thought Leaders," and The Daily Beast named him as one of the "25 Smartest People of the Decade." GQ named Plouffe in 2012 the third most powerful person in Washington.