A Conversation with BC Green Party Leader Dr. Andrew Weaver 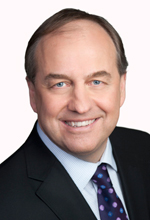 This spring, British Columbians will head to the polls to choose their next provincial government.

In the lead up to the election, the Greater Vancouver Board of Trade has invited representatives from the BC NDP, BC Liberals, and BC Green Party to share their vision for our provincial economy with our region's business leaders.

On Feb. 3, Dr. Andrew Weaver, Leader of the BC Green Party, will discuss his party's vision to build a sustainable, resilient economy using the unique competitive advantages British Columbia possesses.

Dr. Weaver will address how a strong 21st century economy is marked by a focus on developing diversified industries that provide local, high-paying and sustainable employment over the long-term. The BC Green Party believes true leadership demands an approach that develops prosperity for British Columbia's future with opportunities across the province.

Join us as we hear from Weaver about his party's vision for the future of British Columbia.

Listen to audio from the event below.

Prior to his election to the BC Legislature, Dr. Weaver served as Canada Research Chair in climate modelling and analysis in the School of Earth and Ocean Sciences at the University of Victoria. He was a Lead Author in the United Nations Intergovernmental Panel on Climate Change 2nd, 3rd, 4th and 5th scientific assessments.

Dr. Weaver was appointed to the Order of British Columbia in 2008 and awarded the Queen's Diamond Jubilee Medal in 2013. His book Keeping our Cool: Canada in a Warming World was published by Viking Canada in September 2008. His second book Generation Us: The Challenge of Global Warming was published by Raven books in 2011.