Igniting Investment for Business Growth: Fireside chat with the Dragons

Do you have an entrepreneur's mindset? Have you always wanted to know how to take something from an initial idea to a successful business? Or maybe you just like hearing interesting stories from successful people. Then this event is for you.

This interactive and inspirational evening, featuring Dragons' Den Bruce Croxon & Manjit Minhas will provide guests an opportunity to learn how two of Canada's leading entrepreneurs have quickly and successfully established multimillion dollar companies in highly competitive markets and the lessons they've learned along the way.

Why you need to attend

Join us for an inspiring evening celebrating entrepreneurship and innovation at one of the events curated to kick-off the #BCTECH Summit — the largest technology conference in British Columbia showcasing the province's vibrant technology industry. 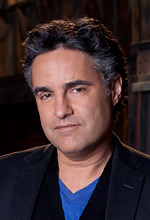 Bruce Croxon is living the Canadian dream. Long before "social networking" became a buzzword, he made his mark as a digital pioneer by co-founding the beginnings of Lavalife in 1988. With his partners, he grew this early tech start-up into the marquee brand in online dating with over 2,000,000 users (and countless successful marriages!). After its spectacular rise, the company was sold for 170-million dollars to a publicly traded U.S. firm.

Bruce now takes his expertise to a new level. He currently helms Round13 Capital, a fund dedicated to  investing in early stage digital companies . He also pursues investments in the health and wellness industry and owns Vida, a chain of high-end holistic spas on the west coast of Canada. As an investor on CBC Dragons' Den, he added a broad range of businesses and products to his portfolio that continue to tap into his passion for digital media, health and marketing.

Bruce lives in Toronto where he is a passionate environmentalist who sits on the board of the Trans Canada Trail. He is also a supporter of several not-for-profit organizations such as Anaphylaxis Canada and The Georgian Bay Land Trust. 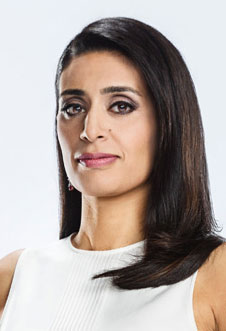 Manjit Minhas is 36 years old and was born and raised in Calgary, Alberta.  This Petroleum Engineering student turned beer baroness has recently spoken at the Rotman School of Management at the University of Toronto, the Haskayne School of Business at The University of Calgary, at the London Economic Development Conference and many other places.  As a keynote speaker, Manjit frequently shares the secrets of her success with aspiring MBA, engineering and other students as well as entrepreneurs and seasoned business people.

Manjit is the co-founder of Minhas Breweries, Distillery and Winery.  She started her companies at the ripe age of 19 in Alberta, when she launched her beer in Alberta with her partner and brother, Ravinder Minhas.  Together, they gave the big boys a run for their money, thereby becoming the first successful company to enter the Canadian beer industry in many decades. Currently, she has over 90 brands of beers, spirits, liqueurs and wines.  Her products are sold in Ontario, Alberta, Saskatchewan, Manitoba and British Columbia, as well as 43 states throughout the USA and 15 other countries in Europe, Asia and South America.

Greetings from the Province 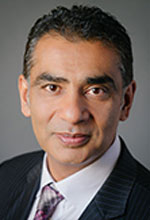 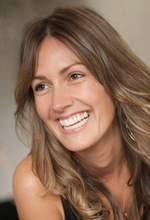