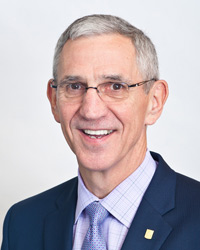 If you've been following the news this summer, you might be feeling a little uneasy about the state of the global economy and how it could impact our province, your industry, or your ability to make a living. And, who could blame you?

For the past few months, it seems as though we've been inundated with one negative headline after another, each painting a gloomier picture than the last. Just last week, these fears were compounded when Statistics Canada released new figures showing that Canada's economy had shrunk for a second straight quarter, meaning our country has met the technical definition for a recession.

But before we panic, it's important to remind ourselves of all the reasons for us to remain optimistic here in British Columbia – and there certainly are a number of reasons to do just that.

Earlier this summer, my employer, RBC Royal Bank, released a Provincial Outlook that actually painted a rosy picture for B.C.'s provincial economy. In fact, that report projected that British Columbia would continue an "impressive upswing" for the remainder of this year, finishing as the strongest provincial economy in Canada for 2015. According to the report, consumer spending is up in B.C., with retail sales surging early in the year, led by a record number of British Columbians purchasing new vehicles in the first quarter of 2015.

Tourism is also on the rise. Last month, the provincial government released statistics showing that B.C. welcomed 150,000 more visitors in the first six months of 2015 than the same period in 2014 – an increase of 8.3 per cent year over year. This was driven by a spike in international visitors thanks to lower fuel prices, the lower Canadian dollar, and more direct flights to Vancouver International Airport. These growing tourism stats are great news when you consider that tourism contributes more than $7 billion to B.C.'s GDP and employs 132,200 British Columbians – approximately 1 in every 15 jobs.

Meanwhile, Port Metro Vancouver also released its mid-year cargo statistics last month, which showed continued growth in trade through the Pacific Gateway. Even despite softening markets and economic uncertainty around the globe, our port still saw 1.5 per cent growth in the first six months of this year compared to 2014, with increases in demand for Canadian wheat, sulphur, potash, lumber, and consumer goods.

So, just to recap, we have a positive GDP forecast, low interest rates, solid unemployment numbers, increasing migration to B.C., growing tourism, and a provincial government that is committed to balancing its budget. In other words, all indicators are that B.C.'s economy is performing quite well in these volatile economic times, so take all that negative media coverage with a grain of salt.

In my view, our role as business leaders in uncertain times such as these is to remain positive, focus on what we do well, closely monitor global trends, investigate new opportunities for growth, diversify our economy, and learn from the experts – which is exactly where The Vancouver Board of Trade comes in.

As you will have read on the cover of this month's Sounding Board, The Vancouver Board of Trade is about to undertake a major, one-of-a-kind project that will compare Greater Vancouver's regional economy to 21 other similar regions around the globe.

The research for this landmark report is already underway by the Conference Board of Canada and is supported by an impressive committee of some of B.C.'s top business leaders, including co-chairs Carole Taylor and Larry Berg.

The goal of this report is to tell us what we're doing well in Greater Vancouver (some of which is outlined above), where there are opportunities for growth, and where we're simply falling behind the pack. Our hope is that this study will lead to a regional economic strategy, which will make our economy even stronger, more diverse, and more resilient to economic upheaval in other parts of the world.

The report – which we're referring to as our Regional Economic Scorecard – will also focus on how Greater Vancouver can begin to work together for economic prosperity, in a coordinated fashion as a region. In short, our hope is that this Scorecard will truly "move the dial" and be the start of a new era for Greater Vancouver's business community.

Learning from the experts

As we head into fall, we also head into our busiest events season here at The Vancouver Board of Trade, and the next few months are shaping up to be chock-full of compelling content. In the weeks ahead, I'm personally looking forward to our Sept. 9 event with Dominic Barton, the Global Managing Director for McKinsey & Company, the world's leading management consultancy firm. In his address, Barton will share his perspectives on forces at work in the global economy and how they are changing the business landscape here in B.C. – creating not just challenges, but also opportunities.

In addition, we'll also hear from Pierre Gratton, head of the Mining Association of Canada on Sept. 22, about how our country's mining companies are weathering the economic storm and preparing for the next upswing.

Finally, on Oct. 2 we'll host Andy Calitz, the CEO of LNG Canada, who will share perspectives on planning a major LNG project — a sector that obviously holds great potential for B.C.

Behind the scenes we are still finalizing details for many more thought-provoking speaker events this fall, so I would encourage you to visit boardoftrade.com/events often, to stay up-to-date on these many great learning and networking opportunities.

Tim Manning is 2015-16 Chair of The Vancouver Board of Trade. He also serves as Regional Vice President, Commercial Financial Services at RBC Royal Bank.