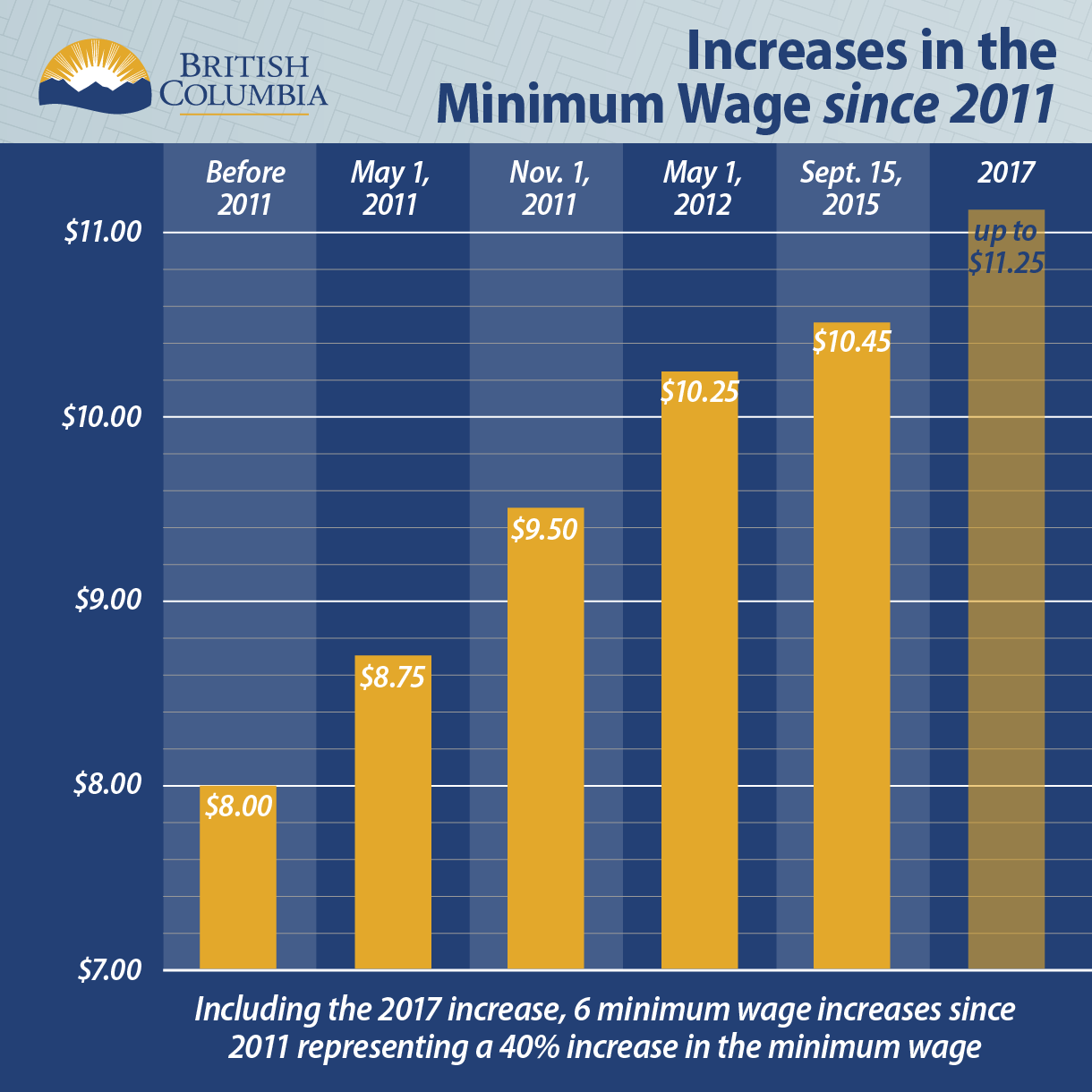 Earlier today the provincial government announced plans to increase B.C.'s minimum wage in two stages over the next year and a half, bringing the minimum wage rate to $11.25 (from $10.45) by next September.

Minimum wage is a complex and sensitive issue for workers and employers alike, one that is watched very carefully by the 98% of B.C.'s businesses who are small businesses — including most of you, our Members. These small businesses continue to provide six of ten jobs in B.C., and unexpected and/or sharp increases to the minimum wage can have a very real impact on their ability to do so.

In addition, certainty and predictability are crucial for our business community when it comes to government-imposed wage pressures. That's why, in March 2015, the Greater Vancouver Board of Trade was conditionally supportive of having minimum wage increases tied to CPI. However, today's announcement is in addition to that. If this trend were to continue, it would defeat the purpose of tying the minimum wage to CPI in the first place.

That said, B.C.'s strong economic growth over the past three years, combined with a) the announced small business tax relief, b) the new training and youth employment programs (also announced today), and c) a lower-than-average percentage of our working population who actually make minimum wage (about 5%, compared to 7.1% nationally), leaves us in a position to cautiously view the announced increases as "reasonable."

We will be on guard against more substantial, unexpected, increases to minimum wage, as they have the greatest impact on very small, family-owned businesses, whose only choice is typically to cut back on part-time, lower-wage-earning workers... thus hurting the very people such increases are designed to help.

Iain Black
President and CEO
Greater Vancouver Board of Trade