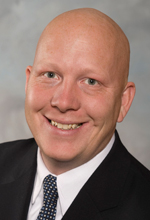 It is surprising for many people to learn that the organization that manages the liquid waste treatment system in the Lower Mainland also provides affordable housing and operates the largest parks system in the region. But that's what Metro Vancouver does – it plays a vital role in the region, supporting the quality way of life by building and maintaining regional systems, bringing people together, planning for the future, and protecting our environment. 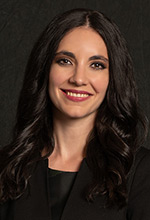 Greg Moore is the Mayor of the City of Port Coquitlam and Chair of the Metro Vancouver Board of Directors.  His long career in public service – he spent a decade as a City employee, both in Recreation and Planning Departments and has served on Port Coquitlam Council since 2002 – is a testament to Mr. Moore's long-time personal commitment to affecting real and lasting positive change in the lives of others. Recent accomplishments as an elected official include the development of a 10-year, $7.5 billion vision and plan for transit in the Metro Vancouver region; and the creation of the National Zero Waste Council, a cross-sector leadership initiative that seeks to advance a national waste prevention and reduction agenda in Canada and beyond.   Recently, Greg chaired the Union of BC Municipalities Housing Committee that released A Home For Everyone: A Housing Strategy for British Columbians. This strategy makes 32 recommendations to address the housing crisis in BC.   Greg is currently leading a cross-sector initiative for a Regional Prosperity Initiative, which will bring together stakeholders from around Metro Vancouver to work collaboratively on the regional economy.

Mr. Moore is also involved in a number of charitable causes in his home town of Port Coquitlam, including the "Homes for Good Society", whose purpose is to end chronic homelessness; and "I Am Someone, a society dedicated to ending bullying through community awareness and support; technology; and advocacy. Mr. Moore was also nominated to Vancouver magazine's Power 50 2014 list and the Clean 50 in Canada.