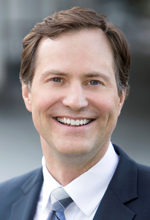 A strong and thriving B.C. mining industry can continue to play a pivotal leadership role in Canada's transition to a clean tech, lower-carbon future, for the benefit of all British Columbians.

Bryan Cox will speak about what is needed to ensure the B.C. mining industry is globally competitive and well-positioned to continue providing significant economic and social contributions and, importantly, creating the mining jobs of tomorrow.

Bryan Cox is the President & CEO of the Mining Association of British Columbia (MABC). As the preeminent voice and advocate for the mining industry in B.C., Bryan leads a team actively working with governments, business leaders, First Nations, communities, and the broader public to advocate for and communicate the economic and social value of mining. MABC is focused on keeping the interests of its members and the value of mining forefront in the minds of British Columbians, especially regarding society's transition to a lower carbon economy.

Bryan joined MABC as Vice President of Corporate Affairs in 2014, bringing with him a wealth of experience in government relations, public affairs, and stakeholder engagement.

Prior to joining MABC, Bryan spent seven years in the brewing industry in progressively senior roles including Vice President, Western Canada at Canada's National Brewers, where he was responsible for managing the regulatory and public affairs agenda for Canada's largest brewers across the four western provinces.

Before joining the private sector, Bryan spent several years in senior roles with the Government of British Columbia.

Bryan is on the Steering Committees of Mining for Miracles, the B.C. Centre of Training Excellence in Mining, and the Mining Sector Advisory Group at the BC Industry Training Authority.