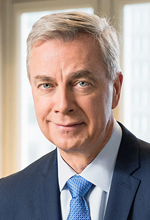 Join the Greater Vancouver Board of Trade on June 27 for a special centennial address by CN's President and CEO, Jean-Jacques Ruest, on his company's rich history and its plans for the future.

In his remarks, Ruest will focus on how CN transports the Canadian economy, connects people, and aims to put its employees at the forefront of all of its activities.

Ruest will also discuss the importance of collaboration and engagement with customers, industry stakeholders, and neighbours in the community. 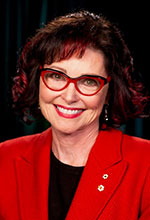 Mr. Ruest joined CN in 1996 at the time of the privatization. Prior to this, Mr. Ruest worked for 16 years at a major international chemical company.

Mr. Ruest holds a Masters in Business Administration in Marketing from HEC Montréal (Université de Montréal) and a Bachelor of Science degree in applied chemistry from Université de Sherbrooke. He also completed the executive program of the University of Michigan Business School, and CN's Railroad MBA program.

Over the course of his career, Mr. Ruest has been honoured many times by the business community, notably as 2019 Railroader of the Year and an Inductee to the International Maritime Hall of Fame in 2017.

Presented in partnership with :