TransLink: Shaping the Future of How We Move 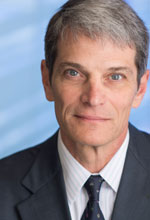 Over 1.4 million transit trips are taken every day in our region. With more than 80% of residents having used transit in the last year, the link between good transportation options and livability is undeniable.

To keep up with the region’s insatiable demand, TransLink is now nearly three years into its unprecedented $9-billion transit expansion plan. This includes major increases in service across the region, the new RapidBus program, extending the Millennium Line to Arbutus Street, and planning for the proposed Surrey Langley SkyTrain.

Meanwhile, this region is set to introduce ridehailing and the next decade will see new technologies further disrupt transportation. How will automation, connectivity, electrification and shared mobility affect the way we move? Even as TransLink is building for today, it is focused on preparing for the future.

Join us on November 5 and be the first to hear results from the Transport 2050 survey — the largest public engagement in TransLink's history, in which tens of thousands of residents shared their values and ideas on the future of how we move.

Why you should attend: 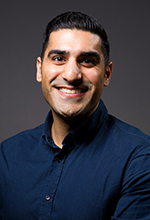 Kevin is an experienced executive with a career built in the public transportation industry. As Chief Executive Officer of TransLink, Metro Vancouver’s transportation authority that provides 1.4 million trips every day, he oversees planning, financing, and management of a region-wide multimodal transit network that includes bus, SkyTrain, SeaBus, HandyDART and West Coast Express, with over 7,800 employees.

Kevin has pioneered an array of operational, fleet, technology and market development initiatives over the years and has a long-standing commitment to progressive environmental policies and investments. These initiatives were recognized this year when TransLink was awarded the American Public Transit Association’s (APTA) Transit System of the Year Award for its 2016 to 2018 systemwide achievements.

Prior to joining TransLink, Kevin was General Manager of King County Metro Transit serving the Seattle metropolitan region. Before King County, Kevin was Vice-President of Operations and Development at Pierce Transit in Tacoma, Washington. And before relocating to the West Coast, Kevin held the position of Chief of Operations Planning for New York City Transit.

Kevin has a master’s degree in public administration from New York University. He is an executive committee member for the Canadian Urban Transit Association and board director for the Greater Vancouver Board of Trade.