The Path to Truth and Reconciliation

Submit Your Questions
We want you to be part of the discussion. To participate, go to slido.com and use the password #CHIEFTEEGEE

As we reflect, learn, and celebrate the heritage, diverse cultures and outstanding achievements of Indigenous Peoples in Canada our hearts remain with those directly affected and those who have ties to the Residential School history. As a community partner, Trans Mountain is committed to building strong relationships, based on principles of trust, respect, and shared prosperity. Learn more here.

Mutually beneficial opportunities and partnerships are possible by building strong, respectful relationships with Indigenous Peoples, communities and businesses. Guided by our Statement of Indigenous Principles, FortisBC strives for continuous improvement in our leadership actions, business development, employment and community relationships. Proud to be a Progressive Aboriginal Relations committed member, we’re working with the Canadian Council for Aboriginal Business to become certified in these areas.

We’ll continue to engage and learn from Indigenous thought leaders, partners and communities as these authentic relationships will be fundamental to defining a cleaner, lower carbon energy future for BC. Get in touch with us and learn more about how we’re partnering for progress with Indigenous communities. 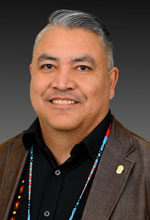 In June, we celebrate National Indigenous History Month to honour the history, heritage and diversity of Indigenous peoples in Canada. It is also an opportunity to recognize the strength and perseverance of Indigenous communities.

Join us for a conversation with Chief Terry Teegee, Regional Chief of the British Columbia Assembly of First Nations, as he addresses the business community to discuss the path to truth and reconciliation.

During the event we will also make space to remember and acknowledge the 215 children whose remains were recently found on the grounds of the Kamloops Indian Residential School as well as all those that suffered as a result of the residential school system. Every Child Matters.

Terry Teegee, is the elected Regional Chief of the British Columbia Assembly of First Nations and proudly serving his second term in this position. Terry’s ancestry is Dakelh, Gitxsan and Sekani descent and is a member of Takla Nation. As a former Registered Professional Forester, responsible for looking after the forests, forest lands and forest resources, Terry is deeply involved in natural resources development . As Regional Chief, he was an instrumental voice in the development and historic passing of the Declaration on the Rights of Indigenous Peoples Act.

Terry is known for his caring and collaborative leadership. He worked to unify and support people working together towards the recognition of our inherent rights.

Previous to become the Regional Chief, Terry was the elected Tribal Chief of the Carrier Sekani Tribal Council (CSTC) from 2012-2017. Previous to his political aspirations, Terry held forestry and natural resources roles with the CSTC and Takla Nation. He holds a Bachelor of Science Degree in Natural Resources Management (Forestry) and also a Natural Resources Technology Diploma.

Terry and his wife Rena Zatorski have been married for 20 years and have two children, Rylie and Rowan. They reside on Lheidli T’enneh Shelley Reserve, 22 kms up the Fraser River from Prince George.