Submit Your Questions
We want you to be part of the discussion. To participate, go to slido.com and use the password #GRATTON 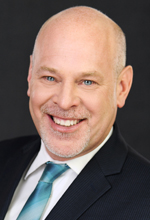 What do the green technologies essential to getting us to net-zero, like solar panels, wind turbines and electric car batteries, all have in common? A dependence on metals, like nickel, iron, lithium and copper, to come to fruition.

To get to a lower carbon future, mining is inarguably the most important sector for the materials needed to literally piece together the tech that will lower our GHG footprint. The question is not whether we require minerals and metals to reach our climate goals, but rather if Canada will become the supplier the world needs.

Join Pierre Gratton to learn about the significant opportunity before Canada in the critical minerals space.

Mr. Gratton was instrumental in the development of Towards Sustainable Mining® (TSM), MAC's flagship program that is gaining international recognition and adoption. TSM focuses on enabling mining companies to meet society's needs for minerals, metals and energy products in the most socially, economically and environmentally responsible ways. Since its inception in 2004, TSM is now used in nine countries on six different continents.

Mr. Gratton is First Vice-President of the Interamerican Mining Society (SIM – Sociedad Interamericana de Mineria), Chair of the Canadian Mining Hall of Fame and the Co-chair of the Green Mining Initiative Advisory Committee. He also serves as a Trustee of the Arctic Inspiration Prize and is on the Board of Ottawa's Thirteen Strings Chamber Orchestra.