We want you to be part of the discussion. To participate, go to slido.com and use the password #MABC2022 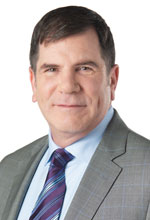 Join us for the annual address to B.C.’s business community by Mining Association of British Columbia President and CEO Michael Goehring.

British Columbia’s mines are producing the minerals and metals required for the global transition to a low-carbon future, and to meet the commitments of the Paris Agreement. Importantly, B.C. mines create fewer greenhouse gas emissions than our competitors, while simultaneously creating significant jobs and revenues for all levels of government.

B.C. mines are committed to continuous improvement and investing in further decarbonization. Michael will speak about some of the new and emerging technologies being implemented at B.C. mines, and the strong ESG credentials of British Columbia’s mining sector. 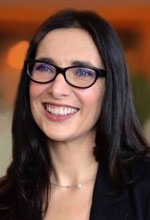 As President and CEO of MABC, Michael Goehring brings BC’s mining sector vision, passion and decades of experience providing public affairs and strategic communications counsel to leading natural resource companies in BC and Canada. He joined MABC following a successful career as partner in the Vancouver office of Canada’s largest communications firm, where he built a strong reputation advancing challenging public policy files and delivering successful advocacy and communications campaigns.