On April 3, 2017, the Greater Vancouver Board of Trade will host its 30th Annual Governors' Banquet and Rix Awards.

The black-tie gala evening brings together business, government, and community leaders to induct the Greater Vancouver Board of Trade's immediate past chair into its Council of Governors and to honour the 2017 recipients of the Rix Awards for Community and Corporate Citizenship.

Induction into Council of Governors 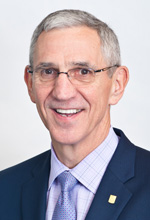 Tim Manning served as Chair of the Greater Vancouver Board of Trade in 2015-16 — a year in which the organization made headlines by achieving a gender-balanced board of directors, released its milestone report the Greater Vancouver Economic Scorecard 2016, and adopted a new name and regional identity, following a historic vote by its Members. 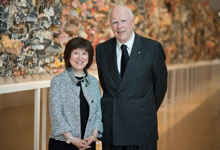 For the first time in history, the Rix Award for Engaged Community Citizenship will be presented to a couple, Michael Audain and Yoshi Karasawa, who are renowned throughout the province for their leadership, generosity, and unparalleled passion for the arts.

In recognition of the company's commitment to excellence for its customers, its efforts to foster a positive work environment for employees, its environmental initiatives, and its dedication to the local community and making Whistler a great place to live and work.