VANCOUVER, B.C. —Today, the Greater Vancouver Board of Trade is releasing the results of a survey of our members regarding key issues for the business community in the upcoming municipal elections this fall.

The survey found that more than two-thirds (68%) of respondents believe it has become harder to do business in the region in the last five years, with nearly the same number (67%) indicating that the possibility of businesses closing due to rising costs is a “major concern”. According to the businesses surveyed, the top five issues facing municipalities are: permitting, licensing and red tape reduction (50%), housing (48%), crime and public safety (44%), economic or business-friendly policies (44%) and taxes (35%).

“The business community is calling on municipal governments to streamline permitting, increase the supply of a range of housing options, and take meaningful action to reduce street-level crime and target repeat offenders.” said Bridgitte Anderson, President and CEO of the Greater Vancouver Board of Trade. “Public safety concerns have not registered this high on businesses’ radars in recent memory, and we are calling for a multi-pronged, cross-government solution to improve the situation on the ground.”

Housing availability and affordability are making it challenging for businesses to recruit and retain talent, and there is strong support in the business community for aggressive action from governments to address the problem.

In order to spur economic recovery, businesses are looking to municipalities to redouble their efforts to streamline services for business owners.

The 2022 Municipal Elections Survey contains data collected from 180 Greater Vancouver Board of Trade members between Apr. 4 and Apr. 22, 2022. 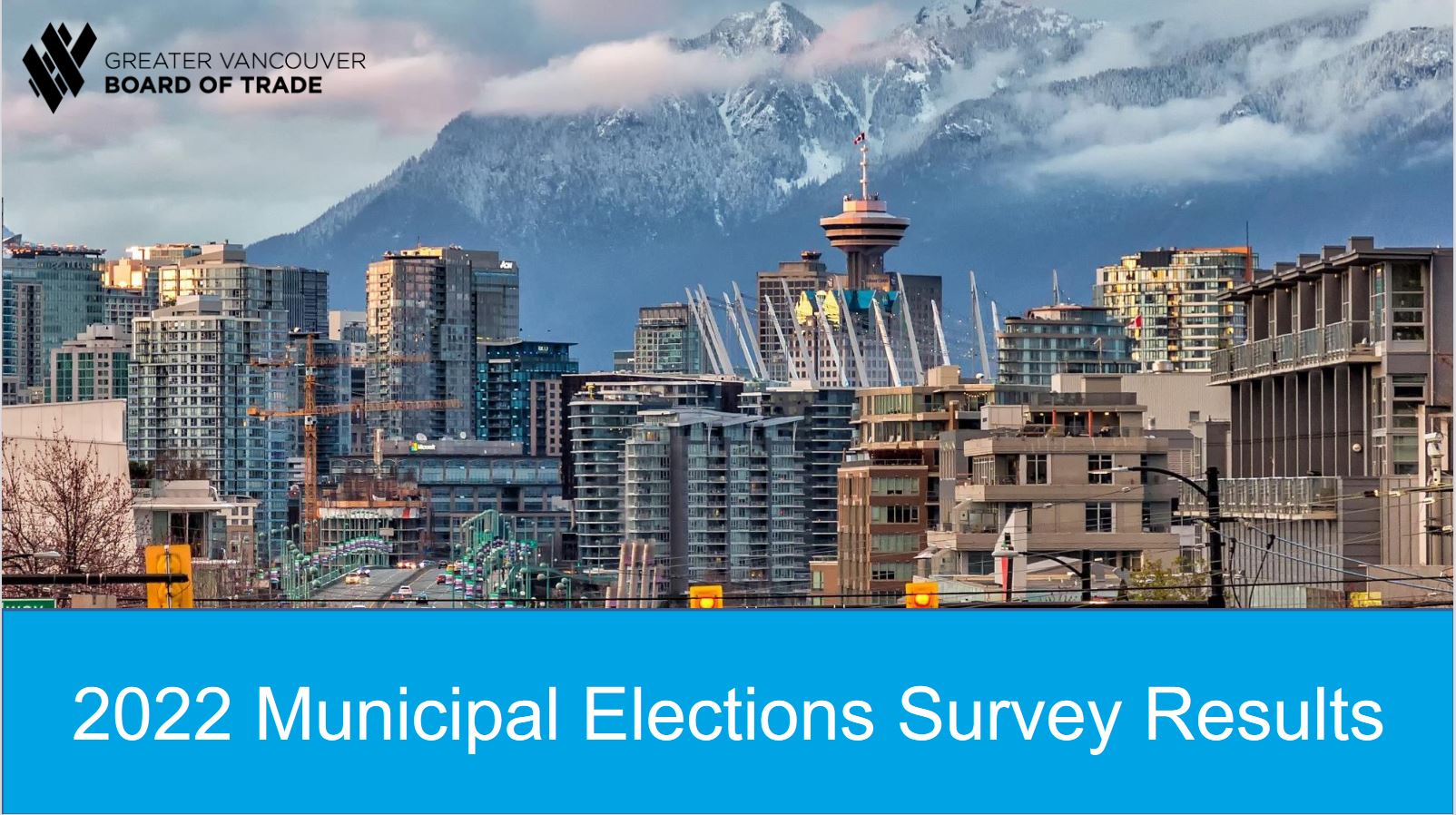 Since its inception in 1887, the Greater Vancouver Board of Trade has been recognized as Pacific Canada’s leading business association, engaging members to positively impact public policy at all levels of government and to succeed and prosper in the global economy. With a Membership whose employees comprise one third of B.C.’s workforce, we are the largest business association between Victoria and Toronto. We leverage this collective strength, facilitating networking opportunities, and providing professional development through unique Signature Programs. In addition, we operate one of the largest events businesses in the country, providing a platform for national and international business and thought leaders to further enlighten B.C.’s business leaders.